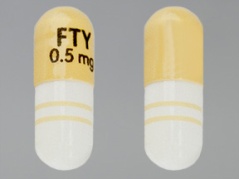 YES! At my Gilenya followup today I learned that blood tests confirm I can continue Gilenya!

Although my current neurologist isn’t a fan of letting his patients view any of their test results I stole my paperwork for a quick read during the 3 hour wait to see him.

What I read initially sent me into a panic.

My eye doctor had just confirmed that I show no signs of macular edema, and my blood pressure has remained controlled with medication. All that was left to make sure I could stay on Gilenya was to make sure my immune system was holding up and that my liver looked alright.

After working myself into a panic from the alarming first page of my blood test results, thinking that I would be going on Copaxone now (ugh daily injections) and coming to terms with it (this was a VERY long wait before he came in to see me) my neurologist wasn’t actually concerned with the test results. He had not looked at them and didn’t intend to. He asked how I was doing and was ready to let me pay and leave.

I insisted that he review the test results. The first thing he did was mark a large X over page 1 with a sharpie and said that those results were no longer valid. Apparently all results for those of us on Gilenya will generally look like we have no immune system left. Instead, they have opted to add up our total lymphocyte count. If it is between 150 and 1500 (per him) then we’re fine. My total count was 500. He was more concerned with electrolytes than anything else and apparently they are fine as well.

Am I the only one who wonders why I never heard of electrolytes until a Gatorade commercial if they’re so important? Now they’re checked at every ER visit!

As for my liver enzymes, instead of being high they are now too low – this can also be a sign of liver trouble. However, they were not low enough to warrant his concern and so he sent me on my way.

Crazy, crazy human bodies… It is time to celebrate!

Are you ever nervous about test results for MS therapies? Have you ever found something very surprising?

One thought on “Diary Of A Gilenya Pioneer: Gilenya Followup – YES! I Can Continue Taking Gilenya!”